*131 WILK V. AMA: THE LINGERING EFFECTS OF AN INADEQUATE INJUNCTION TO

SEARCH FOR THE CURE TO FEDERAL AND STATE EXECUTIVE, LEGISLATIVE, AND JUDICIARY

INACTION TO CONTINUED DISCRIMINATION OF CHIROPRACTIC AS RELATED ESPECIALLY TO

Chiropractor. Chiropractic. Upon hearing these words what comes to mind? To those who have never been under chiropractic care, almost assuredly the reaction to those words carries a negative connotation. Why is it that such strong feelings exist about a subject that one has no experience with, and where do these strong opinions originate?
Wilk v. American Medical Association [FN1] touches upon these very questions and answers them to a degree. Dr. Chester Wilk, the main plaintiff in this suit and a chiropractor practicing in Illinois, filed suit against the American Medical Association (AMA), and others similarly situated for violation of the Sherman Anti-Trust Act. Wilks alleged that the AMA and other groups, as well as individual actors, had conspired to contain or eliminate the chiropractic profession. Wilk alleged that, as a result of these actions, the *132 chiropractic profession and he personally suffered injury through the loss of reputation and lost opportunity. [FN2]
After lengthy legal wrangling that began in 1978, the court issued its final opinion and order in 1990, fully 12 years later. Judge Getzendanner of the United States District Court for the Northern District of Illinois Eastern Division found that the AMA and its members (the majority of medical doctors in the U.S.) participated in a conspiracy against chiropractors in violation of the nation's anti-trust laws. [FN3]
Judge Getzendanner found in the early 1960's that the AMA officially decided to contain and eliminate Chiropractic as a profession by working, both overtly and covertly. [FN4] The judge found that the AMA partially succeeded in this endeavor by making it unethical for medical physicians to professionally associate with chiropractors, who they portrayed as unscientific cultists. They further conspired to prevent access to hospitals, use of diagnostic facilities and hospital medical staffs. They also prevented medical doctors from teaching at chiropractic colleges or engaging in any joint research. [FN5]
Conspiring to eliminate a profession is per se a violation of the Sherman Act, yet the court allowed a patient care defense. The court afforded the AMA an opportunity for an exception to the Sherman Act [FN6] by way of the Noerr-Pennington Doctrine. This doctrine provides constitutional rights to lobby the government and permits courts to intercede in what is believed to *133 be a public policy concern. Nevertheless, the Court concluded that the AMA failed in this defense because it was proven that other motives were involved aside from alleged patient safety. [FN7]
The court further noted that an injunction was appropriate due to the lingering effects of the illegal boycott and conspiracy. The court found that these actions continue to influence the decision by medical doctors to professionally associate with chiropractors (even though as part of the settlement in three other cases involving chiropractors and the AMA, the AMA changed its stance). The AMA now considers it ethical to professionally associate with doctors of chiropractic, but has left it up to personal decision-making. [FN8]
The court further declared that the tainted reputation of chiropractic, which resulted from the boycott, had not been repaired and thus chiropractic continues to suffer economic injury. [FN9] The court found that in spite of the AMA's assurances of a discontinued boycott, or the newly formulated canon minus the section preventing professional association, that the AMA has never affirmatively acknowledged that there are and should be no collective impediments to professional association and cooperation between DC's and medical doctors, except as provided by law, and has consistently argued that its conduct had not violated the antitrust laws. [FN10] The injunction, however, addresses only prospective interference by the AMA with the right of a physician, hospital, or other institution to make an individual decision on the question of professional association with chiropractors.
This Article addresses the court's wholly inadequate injunction that does nothing to rectify the pernicious, and pervasive poisoning of the chiropractic profession by the AMA, or the multitude of medical providers and health-care delivery decision makers in government and private sectors, where the AMA's stinging barbed tentacles ultimately reach.
Before discussing the reasons why the injunction was inadequate and my proposed solution to this inadequacy, it is important to understand the history of the AMA and how pervasive its effect on society as a whole has become, in order to be able to fully comprehend and grasp the remedy required by way of the federal and *134 state courts, and the federal and state governments. Unfortunately, the history discussed below was not properly addressed by the Wilk court, nor by the injunction.

The one thing that could have changed the history of the post Wilk injunction would have been the Supreme Court accepting certiorari on appeal from the AMA. Had the court done so, then the precedent set nationwide would have sent a clear message and carried much greater weight with the judiciary, congress, the executive, the states, and with the general public. Failure for the Supreme Court to accept jurisdiction has been the second most devastating event for chiropractic next to the AMA's illegal boycott and conspiracy.
Based on all the evidence gathered of the continued ill effects of the AMA's illegal boycott and conspiracy, it is clear that the Wilk injunction has had little to no effect on the unimpeded growth of chiropractic, nor has it provided any meaningful remedy for the cancer of discrimination that the AMA has spread to the reputation of chiropractic.
The lack of foresight by the Supreme Court has only created the necessity for increased litigation lacking precedential guidance. The foot dragging by the executive and legislative branches of the federal government has allowed the ill effects of the AMA's illegal boycott and conspiracy to continue to the detriment of chiropractic and ultimately the health, safety, and welfare of the citizens of the United States. With a healthcare system dominated by organized medicine that is failing a great many Americans, time is of the essence for the government to open their ears to alternatives and to realize that "monopoly [is] doubtless the intent of [organized medicine's] program," [FN130] and not the welfare of this country.

[FNa1]. This article is dedicated to the chiropractors that forged ahead against the overwhelming power of organized medicine and risked arrest and incarceration to bring a drug free alternative to the suffering. This article is also dedicated to the countless chiropractors and their patients that lobbied and petitioned legislatures in all 50 states to pass licensing laws legalizing Chiropractic. This article would have been impossible without the guidance of Professors Jonathan Simon, John Gaubatz, Linda Keller, Attorney John Rooney, and Sandra Riley. I would like to especially thank my wife, as well as Patti, Lavi, Ruvayn, and Shaina for their support.

[FN7]. Walter I. Wardwell, Chiropractic: History and Evolution of a New Profession 13 (1992). It is interesting to note that chiropractors, whose patient base involves patients that would otherwise be cared for by neurologists, orthopedists, and neurosurgeons among others, pay considerably less for malpractice coverage than the comparably mentioned MEDICAL DOCTOR's. From this it is plain to see that actuarially chiropractors are safer than MEDICAL DOCTOR's in treating the same conditions.

[FN9]. Not to mention the economic and health injury to those that are persuaded to not seek chiropractic care.

[FN79]. Paul G. Shekelle, The Use and Costs of Chiropractic care in the Health Insurance Experiment (1994).

[FN85]. Paul G. Shekelle, The Use and Costs of Chiropractic care in the Health Insurance Experiment (1994).

[FN89]. Id. at 67. It must be noted, however, that with chiropractic there is no hospitalization, or surgery involved and substantially less, if any medication-an obvious benefit.

[FN90]. Walter I. Wardwell, Chiropractic: History and Evolution of a New Profession (1992).

[FN96]. Walter I. Wardell, Chiropractic: History and Evolution of a New Profession (1992).

[FN114].
Employee Retirement Income Security Act of 1974, PL,93-406, 88 Stat. 829, 29 U.S.C. Section 1001 et. seq. ERISA comprehensively regulates, amongst other things, employee welfare benefit plans that, "Through the purchase of insurance or otherwise," provide medical, surgical, or hospital care, or benefits in the event of sickness, accident, disability or death § 3(1), 29 USC. § 1002(1).
Congress capped off the massive undertaking of ERISA with three provisions relating to the pre-emptive effect of the federal legislation.
[1.] The preemption clause:]
"Except as provided in subsection (b) of this section [the saving clause], the provisions of this subchapter and subchapter III of this chapter shall supersede any and all State laws insofar as they may now or hereafter relate to any employee benefit plan. . . ." § 514.(a), as set forth in 29 U.S.C. § 1144 (a).
[2.] The savings clause:]
"Except as provided in subparagraph (B) [the deemer clause], nothing in this subchapter shall be construed to exempt or relieve any person from any law of any State which regulates insurance, banking, or securities." § 514(b)(2)(A), as set forth in 29 U.S.C. § 1144(b)(2)(A).
[3.] The deemer clause;]
Neither an employee benefit plan . . . nor any trust established under such a plan, shall be deemed to be an insurance company or other insurer, bank, trust company, or investment company or to be engaged in the business of insurance or banking for purposes of any law of any State purporting to regulate insurance, insurance contracts, banks, trust companies, or investment companies." § 514.(b)(2)(B), 29 U.S.C. § 1144.(b)(2)(B).
To summarize the pure mechanics of the provisions quoted above: If a state law "Relate[s] to . . . employee benefit plan[s]," it is pre-empted. §514.(a). The saving clause excepts from the pre-emption clause laws that 'regulat[e] insurance." § 514(b)(2)(A). The deemer clause makes clear that a state law that "purport[s] to regulate insurance" cannot deem an employee benefit plan to be an insurance company. § 514 (b)(2)(B). . . .
See also Tom Baker and Kyle Logue, Insurance Law and Regulation 193-94, (Spring 2002) (unpublished manuscript final distribution as a handout by Professor Jonathon Simon, Insurance Law and Policy, LAW 119A Course Materials University of Miami School of Law).

The hiring of a lawyer is an important decision that should not be based solely upon advertisements.

Before you decide, ask us to send you free written information about our qualifications and experience.

Directions provided upon confirmation of appointments. For those unable to drive or without transportation we will be happy to come to your location under special circumstances. 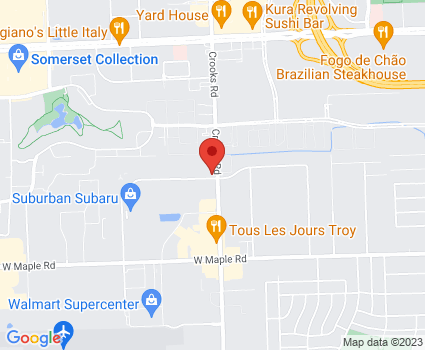